The Polaroid SX-70 cameras are great but now are 30 years old and so it is obvious that start to deteriorate. With this post I can not explain how to repair any failure of the sx-70, but I will discuss one common defect, which I personally found on my two cameras. I put a new pack of film, close the door, the motor starts to spin making noise, no picture is ejected, and the motor does not stop until I extract the cartridge or until the battery runs out. The problem can also occur suddenly after shooting few pictures. However, looking around the internet I found some valuable information from a Flickr user, Redlomo, in a discussion that explained the steps needed to fix the sx-70. Following this advice I managed to fix both my sx-70 and, to make life easier for those who want to try on their own, I tried to film the second repair in order to make available this tutorial.

First I scraped the coverage from the bottom of the camera. For some models this skin is made of leather while in others it is a horrible plastic material that is disintegrating with age. I recommend you use a protective mask especially if you suffer from allergies to dust.

In my SX-70 model 1 this step was much easier because the range of skin is attached onto a metal foil glued on the camera. To open the camera I had to pull out all the coverage including the metal sheet.

Removed the cover I could remove the 4 screws holding the back of the camera. To loosen these screws is needed a torx t5 screwdriver (although some models may require the t4). You should be able to find in any hardware store, or on Ebay. 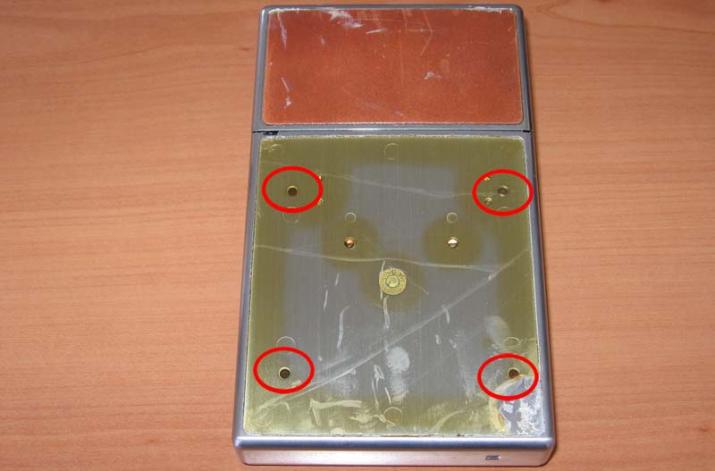 In order to unscrew them you got to remove the remaining glue.

I opened the camera (see video) and I found the problem. Between a spring attached to a motor and a small metal shaft was a suspect area: a broken small piece of plastic!

I temporarily removed the spring that you see in the picture on the right inside the red circle in order to make room.

Redlomo had a brillian idea to fix this: stretched the spring and has attached it directly on the spindle. I imitated his procedure. 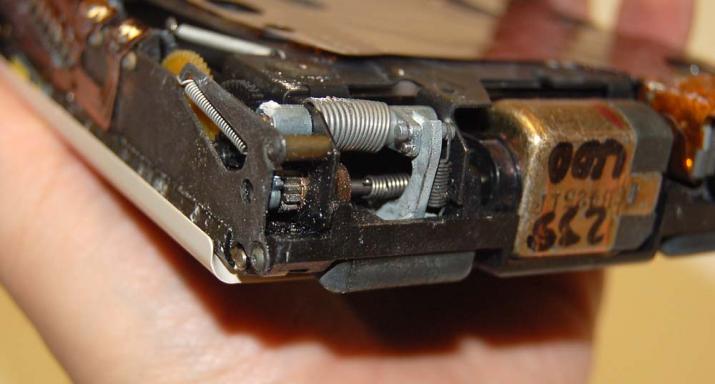 Then I put back the spring that I had previously removed, I closed the camera and I screwed all four screws. Sooner or later I’ll find a new “skin” to replace the plastic one. Meanwhile, both my sx-70 are alive again.

This is the video of my second repair.