Everybody knows that the first stocks of Polaroid-compatible film produced by Impossible Project suffers from an annoying problem: when the camera eject them they are still too sensitive to light and therefore there’s the risk of ruining them.

There are many methods to reduce the problem but I think the one published by consommable and then described in detail by Vinz (here’s the post translated into English) on the forum of the French site Polaroid Passion is the most practical and so I decided to try it with a very small variation.

NOTE: The system is suitable only for Polaroid sx-70 or slr-680 and 690, but with a little work could be adapted to other machines. Keep in mind that this technique, sooner or later, will become useless, because the Impossible is working to eliminate the problem in the film.

For the SX-70, the basic idea is to apply to the sx-70 the black protective sheet that all classic Polaroid cameras, as the OneStep 600, 6xx SuperColor, Spirit, etc, have. These old cameras, very popular and cheap, have a blacksheet on the frontthat it covers the picture during the ejection, in order to protect it from light exposure.

So have need to “sacrifice” an old camera. In my case I used a OneStep 636 close up. Using a screwdriver, I easily removed the piece of plastic that holds the black sheet. 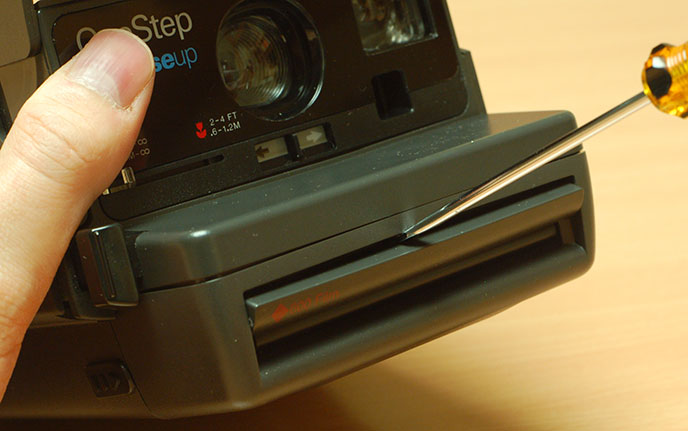 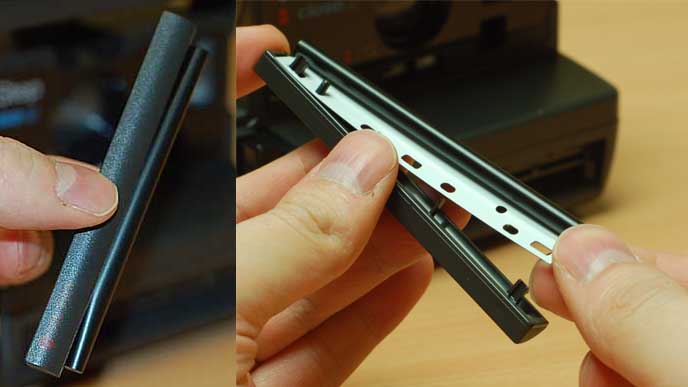 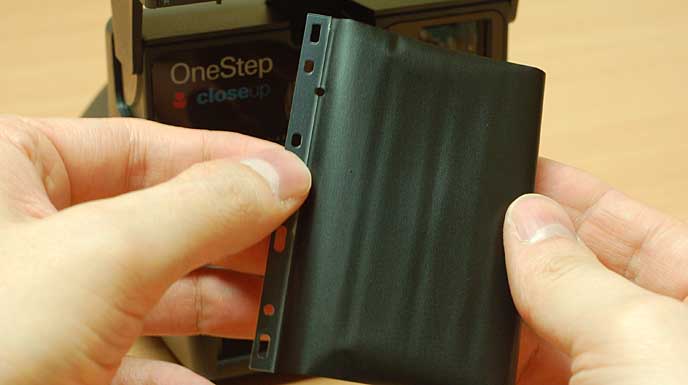 It was necessary to apply this black film to the Sx-70. Vinz in his post used glue, but this way the film remains permanently on the machine, and there’s risk to damage it everytime you put the camera in your bag. So I preferred to use the Patafix, which is a adhesive plastic paste that has the advantage of being easily detached and reattached as you will. I took a little piece of it and I molded to obtain a thin roll of length equal to the width of the protective sheet.

Then I applied the patafix to the Sx-70 and I attached the protective sheet.

Finished! Now when I shoot a picture it is covered by the protective sheet and I can leave it for a few minutes. You see, unlike what happened in the “sacrificed” camera, the black sheet stay “linked” to the picture, thanks to the “shorter” ejection of the sx-70. 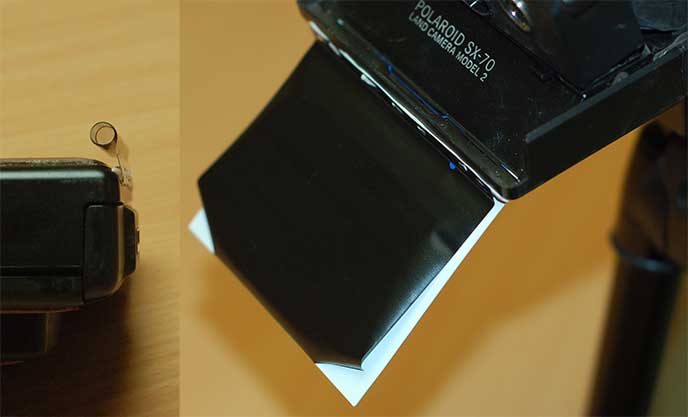 This is the first shot with my modified camera. 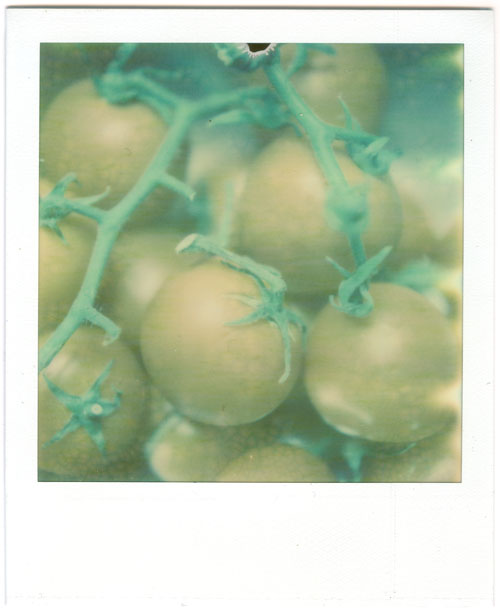 On the original post (which I highly recommend to read) was used also some black tape to prevent light leakage.