The Spinner 360 is one of the newest creations of Lomography. Its uniqueness lies in being able to take 360 degree panoramas, which is normally possible only by joiningseveral shots via software. The box, in the best tradition of Lomography, is very stylish and includes, in addition to the camera, the manual, some print samples, a poster, a lens cap and a spare rubber.  Maybe a free film could be a better gift. 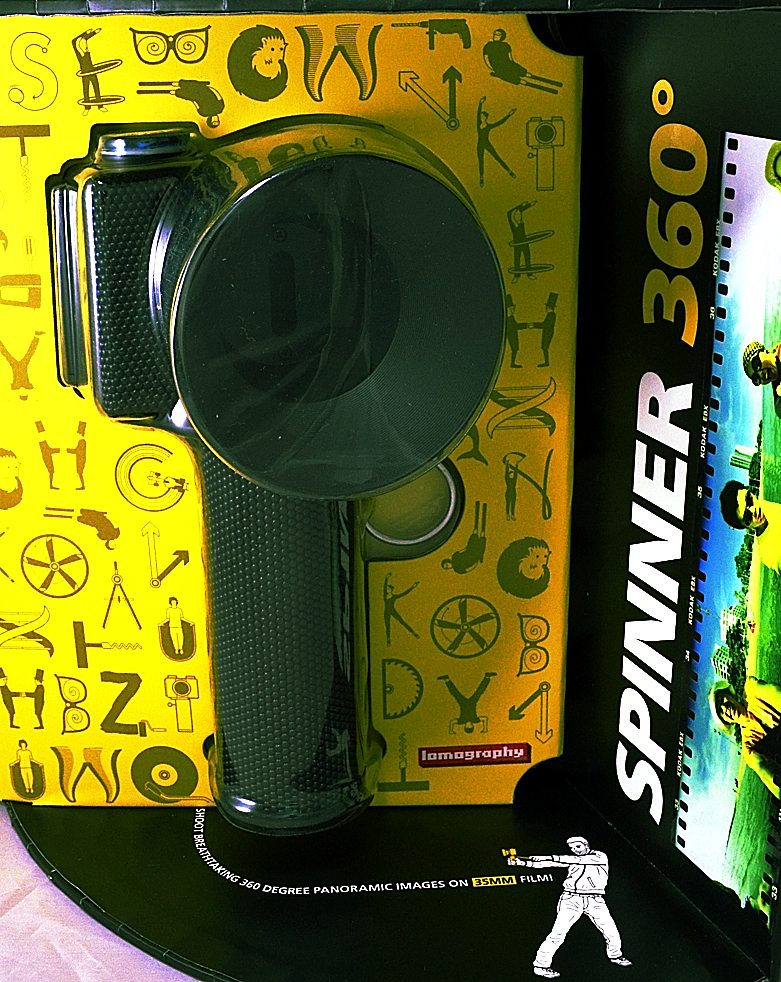 Shooting is quite an experience with the spinner. There is no button to push, but there is only a “spring” to pull and release. Releasing this spring, the camera takes a 360 degrees turn.

This camera is identical to the 90’s Snipshot 23S.

What looks like a hood actually stabilizes the camera while shooting, so let it there even if you take photos in cloudy weather. 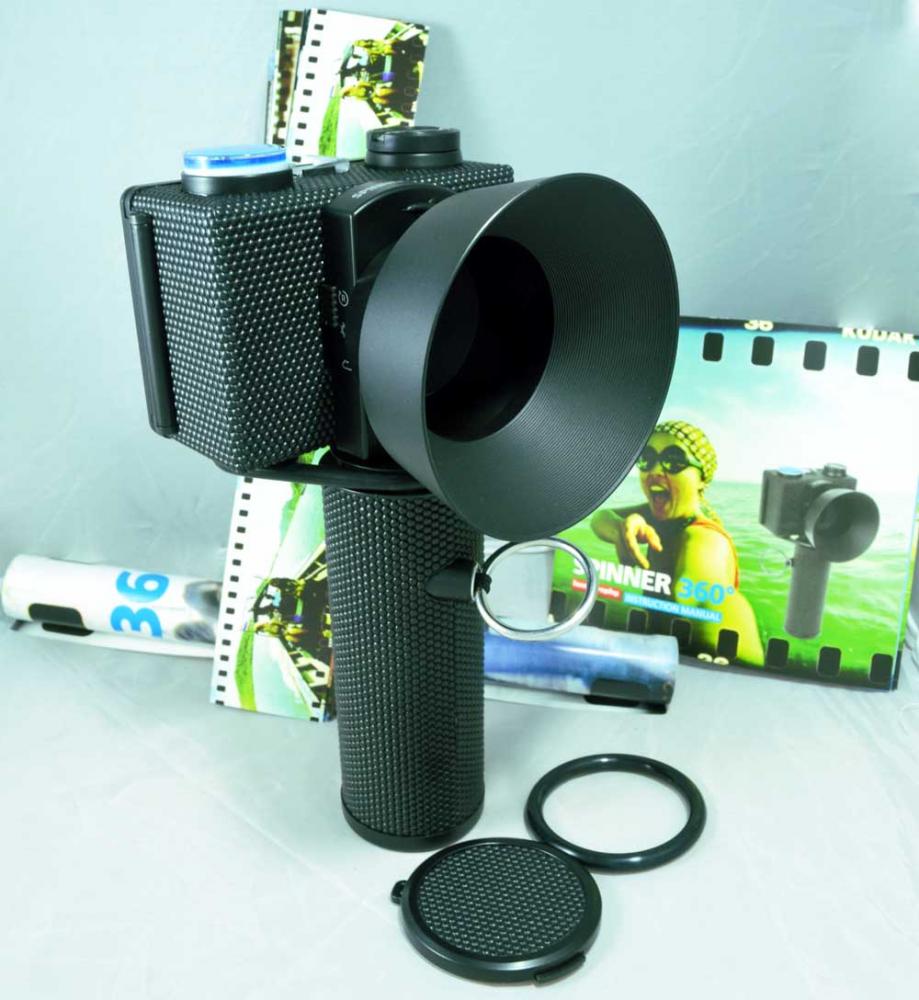 In the lower part of the camera body is visible the rubber that ensures the advancement of the film during the rotation. If you choose not to use the camera for a long time, you should release the rubber band. There is a spare rubber band in the box. 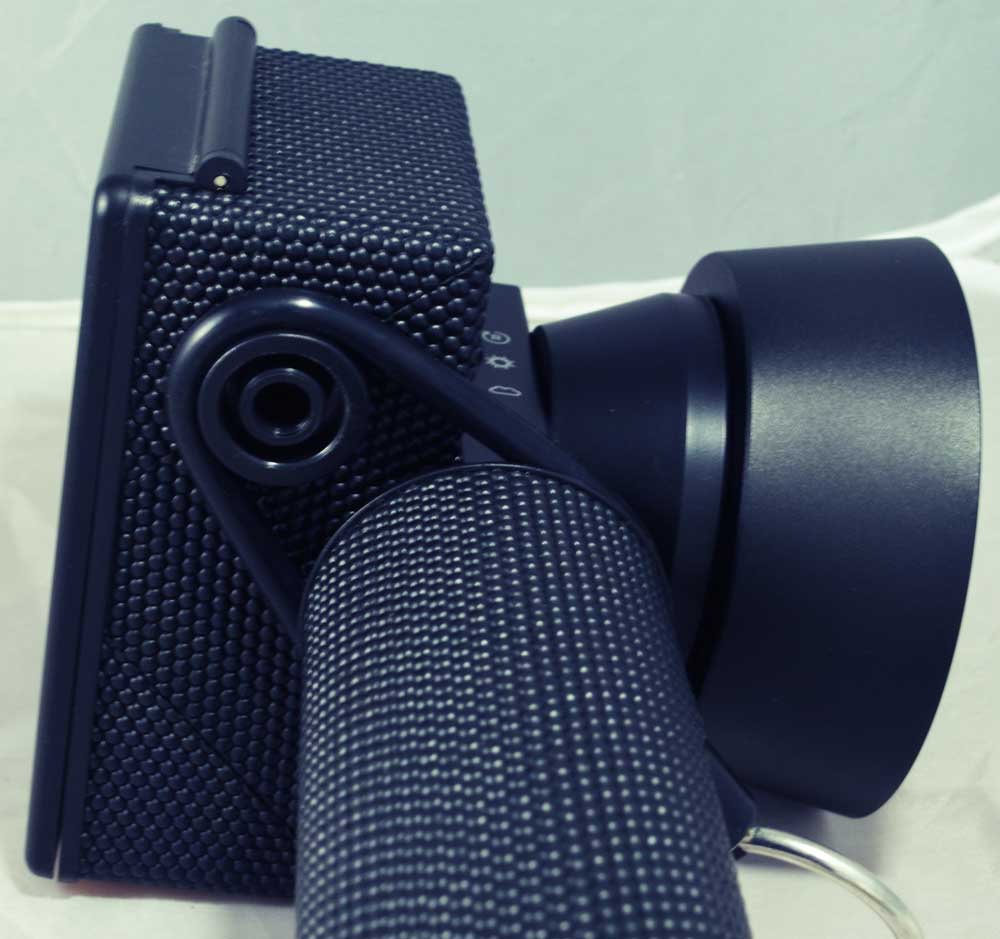 With this camera you can not use flash because of the particular type of shooting. The connector is useless. 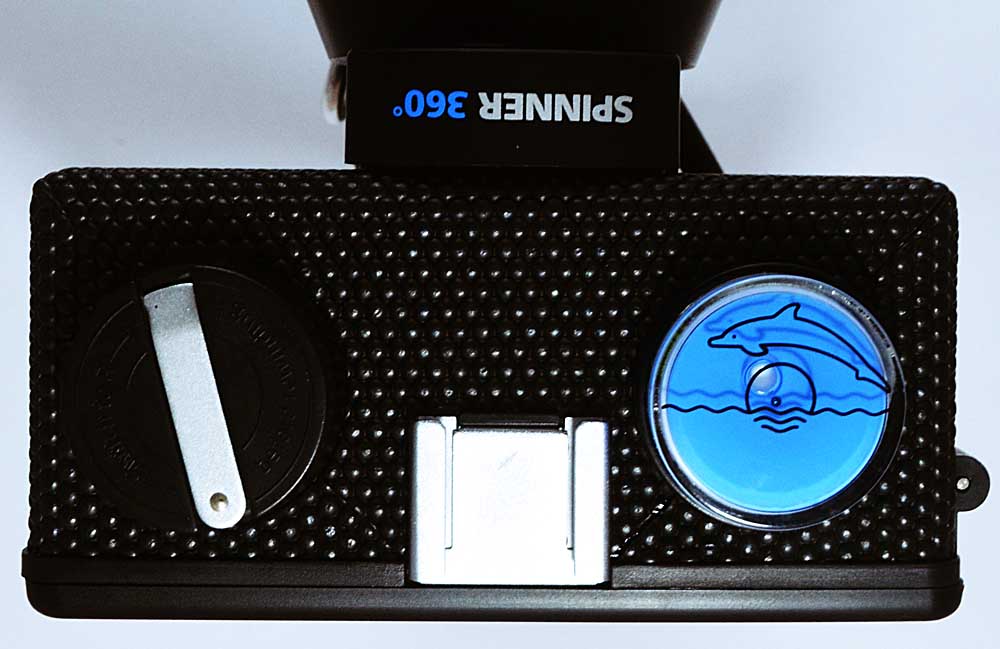 On the side of the machine there are 3 settings: R to rewind the film, Sun and Rain. The Lomo Spinner 360 requires ISO 400 35mm film (it’s about 8 photos from a roll of 36 exposures). If you decide to use 200 or 100 ISO film always set the Cloudy option, and shoot only when there is plenty of light. Also keep in mind that the Spinner 360 is designed to be used outdoors.

If you want to use it indoors you must hold the handle and turn the camera body manually trying to maintain a constant speed. The result, however, will not be the best because, unless you’re a robot, the exposure will vary along the length of the photo. To avoid this problem you can buy the Motorizer accessory but it costs more than the camera itself.

If you want pictures with a straight horizon be careful to hold the camera horizontally.

Holding the camera a little crooked will give a wavy horizon.

With Spinner 360 ° is almost impossible to take photos where the photographer does not appear, unless you keep the camera on top of your head, complicating even more the horizontal positioning.

Another problem is that you should discuss a bit with your development lab because the format of the picture is not exactly “standard”. Probably the best choice is to require only the development of the film without cuts, then at home scan with a film scanner.

This camera give a lot of fun. To my knowledge currently there is no other camera like this on the market (apart from expensive digital cameras to create the so-called virtual tour). Kudos to Lomography.