This is not a comprehensive repair guide for the Lomo LC-A but I present only the techniques that I used with my camera.

For information on various types of failures of the Lc-a see the Lomo Repairs group on Flickr.

My problem was that the shutter opened and remained open until the button release, as if it was in Bulb mode. The problem was solved by opening the camera and shooting in the area of electronics a bit of spray air. Probably some dirt was preventing an electrical contact.

However reassembling the machine I moved something wrongue because the counter no longer worked. I finally identified the problems and explain them here hoping that they can be helpful to others to figure out how to repair their Lomo LC-A. 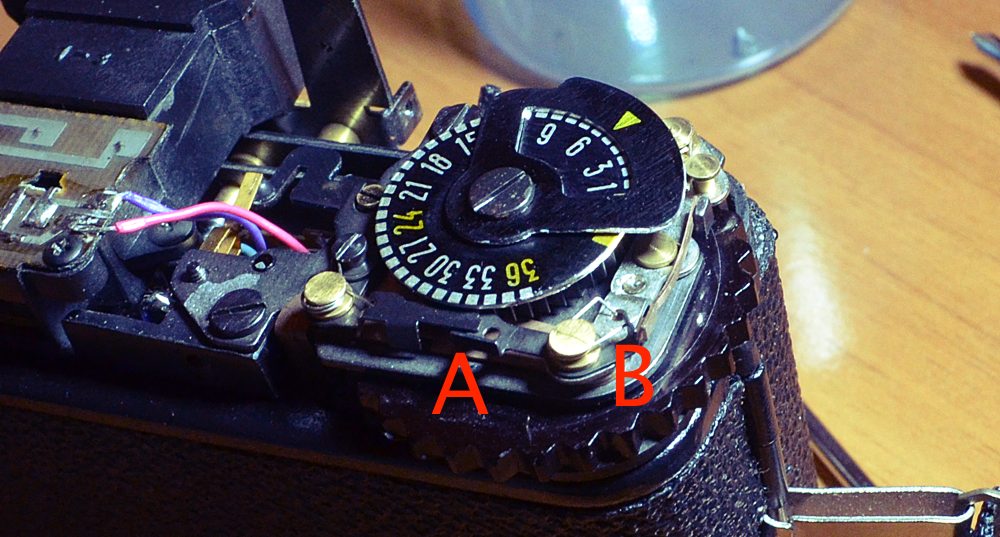 In this picture you can see the frame counter mechanism with the door closed. If your counter does not reset verify that the gears of point A are as in the picture. In my case they were mistaken position. But if your problem is that the counter does not advance, check the spring of point B. The mine was slightly loose.

Good luck with your repairs 🙂

UPDATE: After a week I had the same problem again so I opened up the camera and found that touching an electric contact with a finger or a screwdriver while shooting solved the problem. Since I can’t leave the camera open I soldered an electric wire that allows me to “keep in touch” with the camera while I’m shooting. 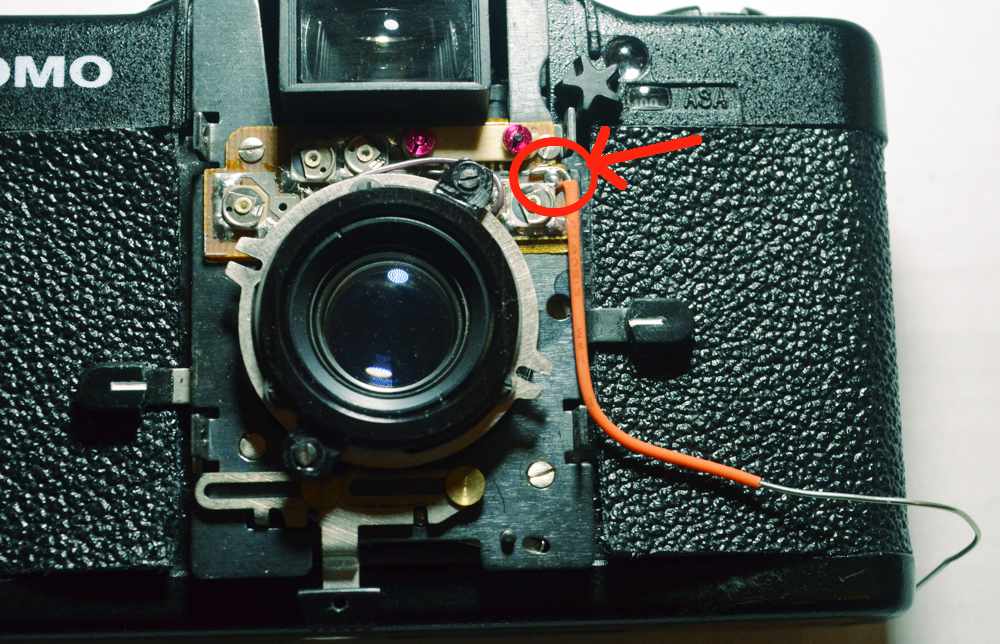 It’s not an elegant fix but it works! 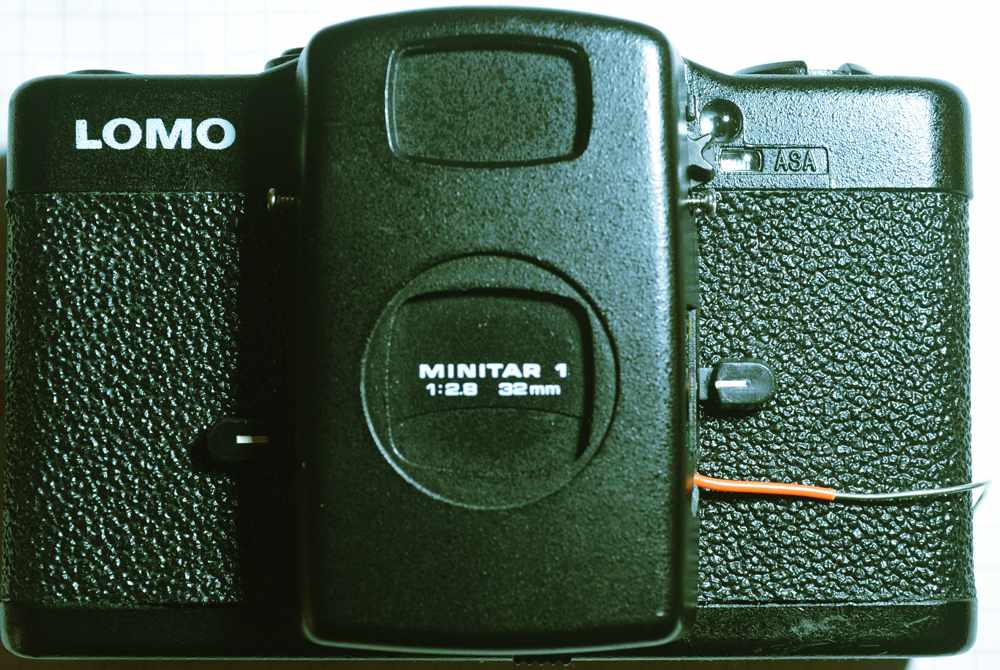