A few months ago I bought a toy robot and I wanted to recycle it in some way. I decided to use it as a “container” for a small project with Arduino. Basically when I change a string in a feed of my Pachube account Arduino with Ethernet Shield detects the change, plays the classic tune of “Close Encounters of the Third Kind,” opens the doors thanks to two servo motors and displays the scrolling message on an 8×8 LED matrix, then closes his flaps and waits for a new change. 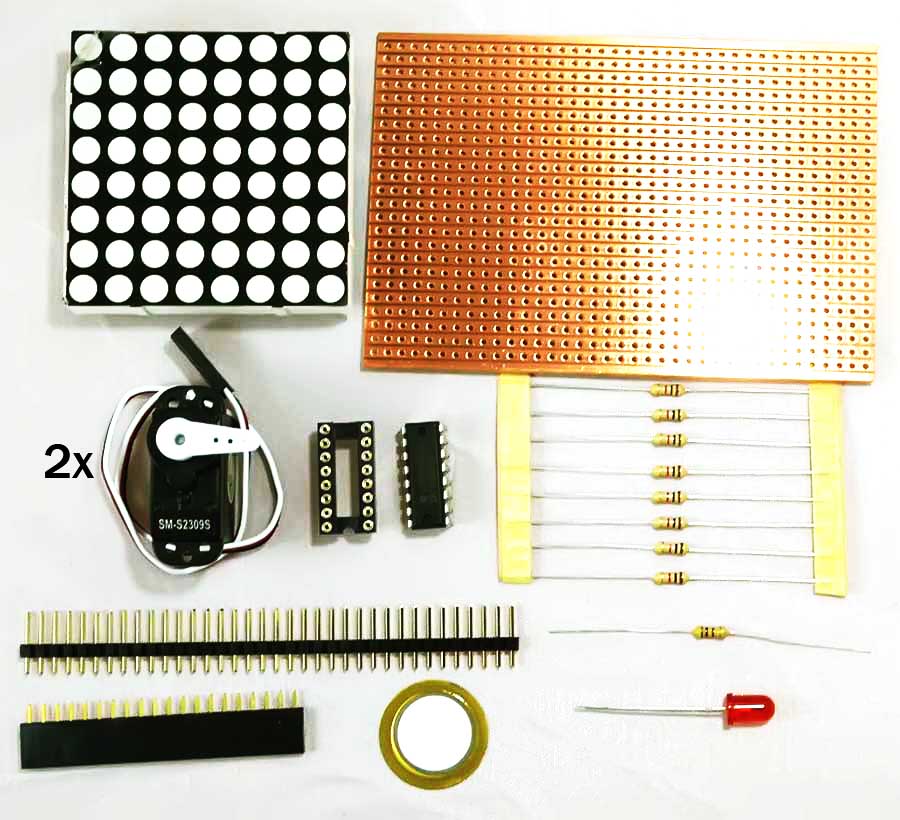 Note: given that Fritzing software soesn’t include a LED matrix I put a dummy IC on the scheme below. 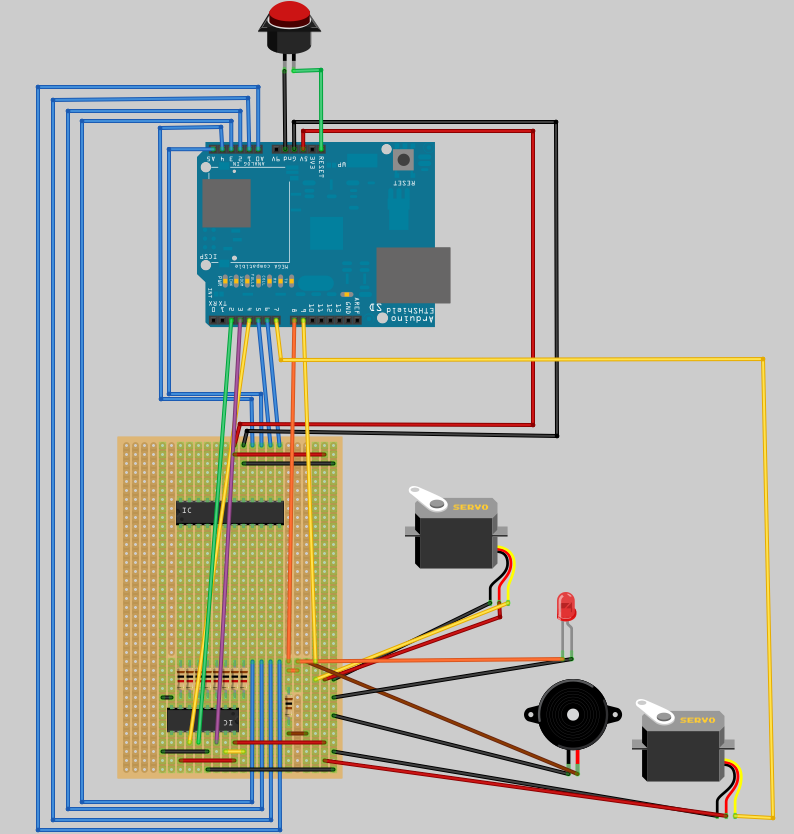 I emptied the robot eliminating all the internal mechanism that was completely rusted and I put together the various parts with some Sugru.
I locked the two servo motors with Sugru to open the flaps.
I soldered the components and connectors on Veroboard and then I secured it into the robot.
I fixed a LED and a piezo in the robot head.
I attached Arduino at the back of the robot.
I connected the wires. 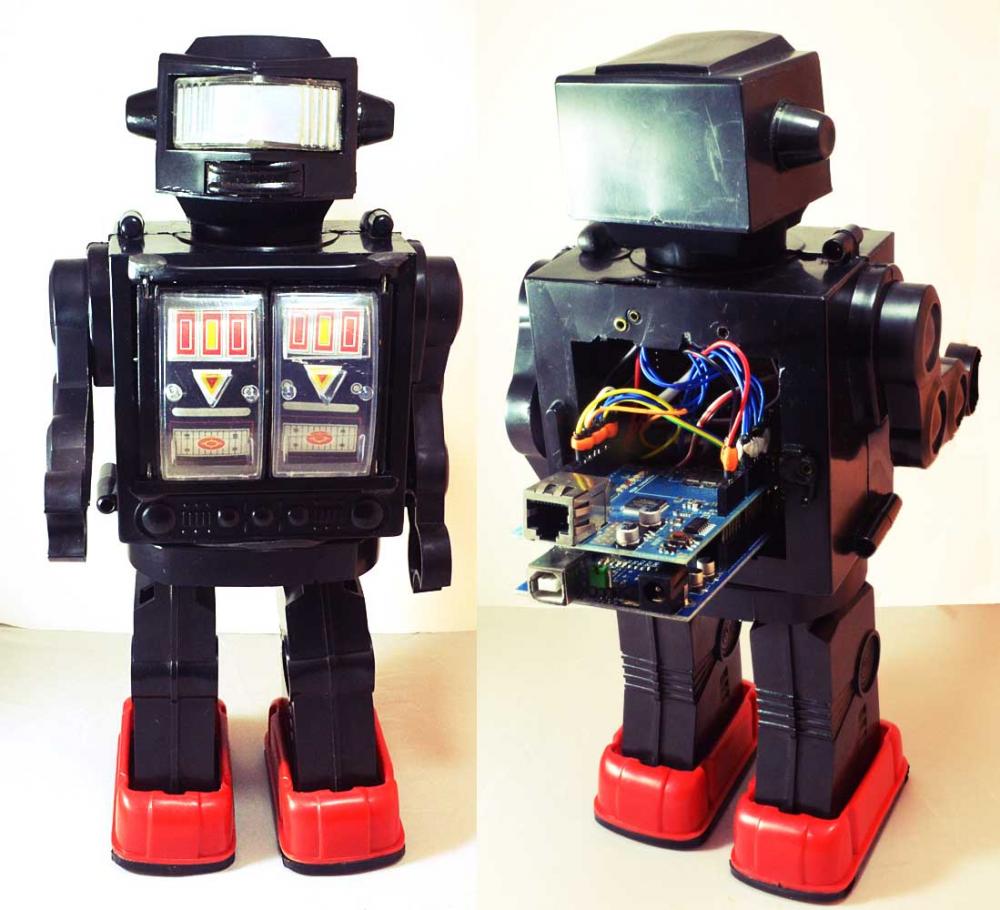 To write the code I used two examples I found on the net:

The example of Arduinomstr saves data to Pachube so I had to modify in order to retrieve data.
Note that the LED matrix do not have a standard so you may have to modify the code and the schematics to suit your needs.

Soon I will post a more specific tutorial on how to read Pachube data using Arduino.